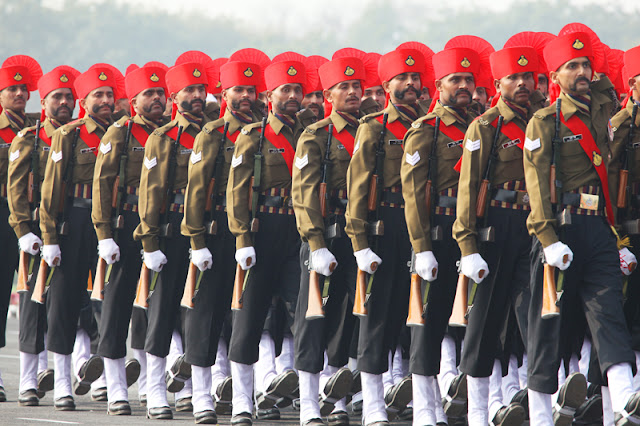 This Indian Regiment Formed in the Year of 1778, The Rajput Regiment is the only Indian Army regiment which is to take part in both the World Wars. This Regiment has 20 battalions in its ranks. The association of the Rajputs with the British Indian Army started in the year of 1778, when the 3rd Battalion was raised as the 31st Regiment Bengal Native Infantry to prove their best. Two other battalions the 1st and 2nd were raised in the year of 1798. The 3rd Battalion fought against under the Hyder Ali and captured the place called Cuddalore. It was after this battle that the crossed katars and had as a badge was granted in recognition of gallantry to this regiment, since this gallantry award has been adopted as the badge by the Rajput Regiment. This 1st Battalion fought at the battle of Delhi in the year of 1803 which has since broken the power of the Marathas at the Imperial court. This battalion was in action again at the siege of Bharatpur in the year of 1805, which out of the 400 men who went into the assault with at least 50 percent became casualties. 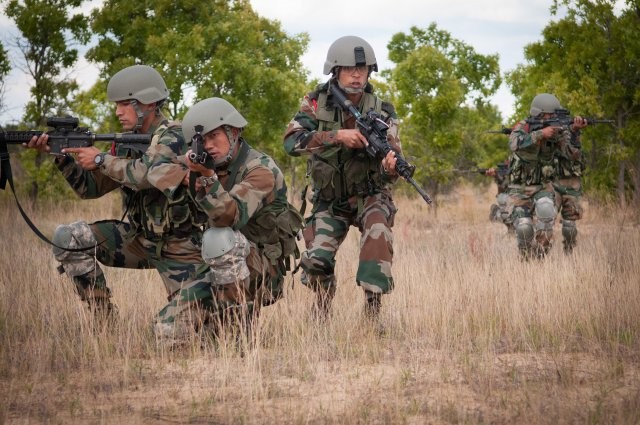 This Regiment is the youngest regiment in the Indian Army. This Indian Army Regiment called Mechanised Infantry Regiment was formed in the Year 1979 and this Regiment has 25 battalions in its ranks. This kind of Regiment has a special distinction level of operating even in the high-altitude areas of the Ladakh and Sikkim. 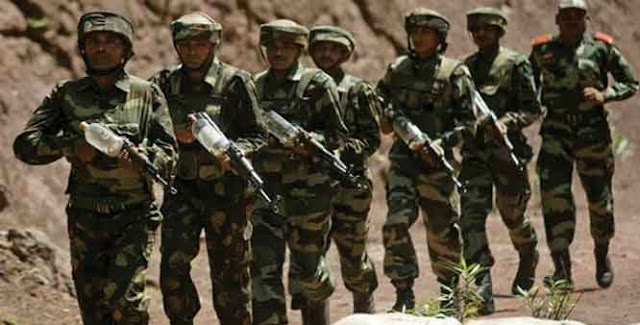 This type of Indian Army regiment which comes under the high authority of the Ministry of Home Affairs. And this regiment is also considered by many as the world’s largest dedicated counter-insurgency force. Furthermore, This Regiment were earlier designated as named “paramilitary” to get around an army manpower ceiling, The Rashtriya Rifles are sometimes misidentified as part of the Paramilitary Forces of India. In actuality however, they are a force which is completely composed of Indian Army personnel, who were well undergo pre-induction training and operate in a grid the structure to deal with insurgents at high altitudes through these army regiment.

Garhwal Rifles is a well-known Regiment of the Indian Army. This Regiment Made in the Year of 1887, this regiment consists of 19 battalions with the strength of 25000 soldiers.
During the World Wars and in which the wars fought after the Independence, this regiment not only showed their outstanding courage but also maintained regiments unique identity. Mainly from the Garhwali soldiers, this type of regiment fought with great confidence and showed their courageness during the Kargil Wars. More than 25,000 soldiers of this regiment are currently at present engaged in the task of safeguarding our motherland. That is all because of them only. 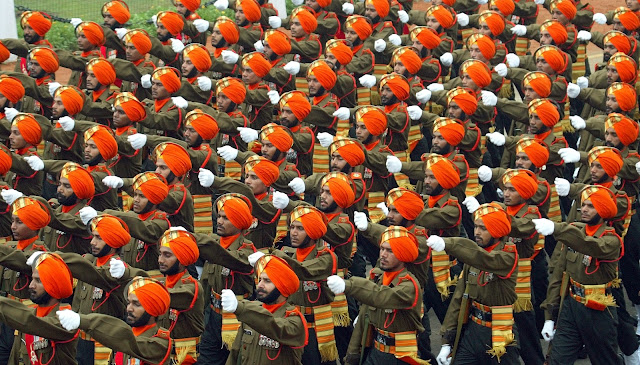 The Sikh Regiment is one of the highest decorated regiments of the Indian Army. This Regiment is a 19-battalion strong force, the regiment of infantry regiment, drawing a bulk of its recruits from the Sikh community. With the 72 Battle Honours, 15 Theater Honours and 5 COAS Unit Citations and besides 2 PVCs, 14 MVCs, 5 KCs, 67 VrCs and 1596 with the other gallantry awards to this regiment. The history of the Regiment spans to gives 154 years with heroic works of determination and courage from which have few of the people if any.
So, these are the Top Five Regiment in the Indian Army to prove their Bravery with such an Determination and Courage to handle all the Wars of their life. A Big Salute to These Indian Army Regiments from my side. If There is any Queries or Question is persist please feel free to comment your view points.
Source: chopnews.com/top-5-regiment-in-indian-army